The Woodcote Valley Road PDL, which raised £395,000 for a development in Purley (south London) has now finished.

Nearly £20,000 interest was paid to investors. This represents a 9% p.a. return for investors for the time their funds were held.

The beautiful redevelopment of the derelict period property into eight one- two- and three-bedroom flats can be viewed in full in this video.

The building on Woodcote Valley Road had fallen into disrepair, but the developers knew the area was popular. Several properties in the local area have been redeveloped into well appointed apartments aimed at local commuters and young familes, as well as large established detached family homes which have been refurbished. The proximity to Croydon and easy commute into central London made the opportunity very enticing.

DH3 Woodcote Valley Limited sought and secured planning permission to reconstruct the building so that it could be turned into eight new units. Most of the building was demolished although the front elevation and part of the side elevation were retained. Extensions were added so that the new internal layout could be created providing spacious and ample living areas, plus good sized bedrooms and bathrooms.

Some of the flats were built to offer private outdoor space, and all of the residents of the flats are also able to use the large garden to the rear of the property. Off street parking was also incorporated to the front.

By the time Crowdstacker became involved in the project some of the flats had already sold or were already under offer. Two of the flats were retained by the developer as rental properties.

All achieved their asking prices.

A fine example of a PDL at work

PDLs are designed to offer developers the extra finance they often need to start and complete property projects. Crowdstacker works with senior lenders to ensure terms are good for the borrowers whilst also offering attractive rates of return to investors.

This form of finance can be delivered quickly to borrowers and investors are able to see the progress of all projects they are invested in. They get to be involved without having to lift a brick or paint any walls!

Woodcote Valley Road PDL is an excellent example of this. Crowdstacker was able to offer the mezzanine finance needed, and could be flexible with the lending terms when required, whilst investors took home an excellent 9% p.a. return on their investment.

If you are interested in investing in similar PDL investments, check out what is currently available here. 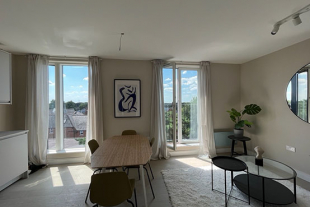 Manhattan House finished!
The flats which have been constructed at the Manhattan House project in Crowthorne (Berkshire) are on the market and you can take a look inside!...
Read post 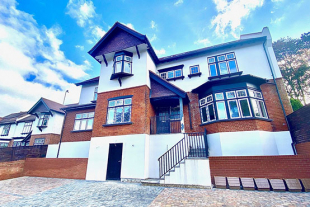