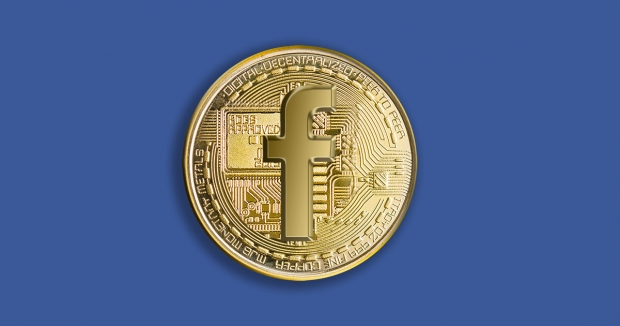 This week Facebook announced its own digital currency, dubbed ‘Libra’.

The social media giant has already made seismic changes to the way we communicate on a global scale.  Is it now going to have a similar effect on how we use money on a global scale?  And in so doing, what does this mean for everyday people and how we manage our money?

What on earth is Libra exactly?

It’s been on the cards since early last year when Mark Zuckerburg indicated he was looking more closely at cryptocurrencies and encryption.

According to the FT over the past 18 months Facebook has been quietly putting in place and operating a huge team of Blockchain and cryptocurrency experts to bring a project in this field to fruition.

The result was announced to the world in June 2019 – a new digital currency called Libra.

Put simply Libra is a type of cryptocurrency, or in other words digital money.  This in itself is not a new concept with similar currencies having been in ‘circulation’ for a few years, the best known of which is Bitcoin.

Want to know more about Cryptocurrencies?  Read our Beginner’s Guide.

However, unlike its other cryptocurrency peers, Libra is backed by hard assets.  Plus it is supported by a raft of other members of what Facebook has called the Libra Association.  This group includes 28 partners including those in the financial services space such as Visa, Mastercard, Paypal, plus other tech firms such as Spotify and Uber.

Just as with other types of currency, Libra can be stored in a wallet.  Except of course the wallet isn’t made of leather or kept in your pocket or bag.  Instead it is a digital wallet, because the money itself isn’t a physical thing, it's made of code.

And it can be ‘spent’ via Facebook, Whatsapp or on its own Libra app.

Tell me more about how Libra will actually work?

Facebook is saying at the moment that transferring cash from one party to another will be as simple as sending a text message.  So if you want to buy something from a business, pay money to another person, or simply send money to family or friends, all you need to do is say how much and ‘press a button’.

The implications of this in terms of currency exchange rates, speed of transfer and opening up transactions regardless of time zones and geography are potentially huge.  And it means Libra is not only in competition with other cryptocurrencies, but also with other money services such as Revolut.

Read more about Revolut in our ‘Travel Money Essentials’ article.

All transactions will be handled by Libra and members of the Libra Association, with associated assurances regarding security.

Similarly Facebook indicates that financial data gathered on users will be handled completely separately from social data gathered from its social media platforms, and it will not be possible for Facebook Inc to use data from both for marketing purposes.

What could Libra be used for?

The stated intention is at least partly to assist a global community of ‘bankless’ people – or in other words people who have access to the internet and Facebook, but not access to traditional banking facilities.

On the surface, at least, this looks like an altruistic motive focused on empowering everyone to access the global economy.

However, the intention is also clearly to create a global currency, meaning that Facebook certainly aspires to customers from all over the world using Libra for all types of financial transactions.

If it achieves the penetration and usage levels of Facebook’s social media platform this would in effect make Libra one of the largest global consumer financial services providers.

What questions need to be asked?

There are certainly alarm bells ringing for many organisations, businesses, governments and individuals following Facebook’s announcement.

At the time of writing, and within 24hrs of Facebook going public with the Libra concept, Maxine Waters, Chair of the US’s House Financial Services Committee, has already spoken out urging Facebook to halt development of the product until US Congress and regulators have had time to examine all the potential issues.

Additionally a quick scan of major newspapers such as the Financial Times and the Washington Post, as well as social media, reveals that many news commentators and fintech experts are already raising questions around data security, fraud protection, and all the general concerns about how to regulate global crypto currencies to ensure they are not used for nefarious purposes and that they do not exist outside each country’s legal and regulatory requirements.

Specifically questions have been raised with regards Facebook’s track record of the use of user data, citing Libra as “most invasive and dangerous form of surveillance.”

What is the future of money?

Changes created by new financial services technologies have swiftly become a part of everyday life for many of us.

Whether its front-end consumer technology such as using your smartphone to pay for groceries in the supermarket, or business-to-business technology such as cloud based accounting, financial services is undoubtedly an industry where technological advances can have an extraordinary effect.

However, because money is often synonymous with power, it is vital regulation and monitoring, as well as the necessary legal frameworks, are properly in place to ensure technology does not threaten control.