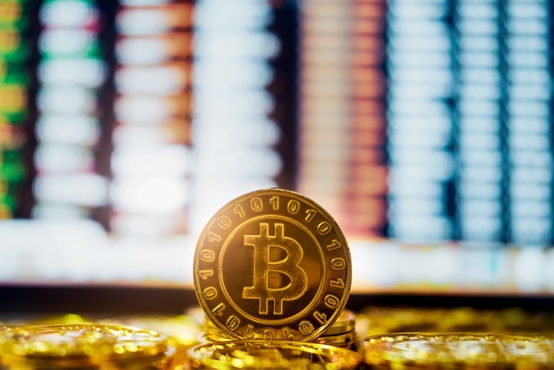 Are investors behaving like sheep by trying to invest in Bitcoin, or is this really the Next Big Thing?

The world seems to have gone 'Cryptocurrency Crazy' in the last 2 years, culminating in a rollercoaster market value ride throughout the whole of 2018.  Although Crowdstacker does not deal in Cryptocurrencies, we thought our Knowledge Hub readers might want to learn a bit more what cryptocurrencies are, and how they work.

Most cryptocurrencies are based on a system for storing transaction data called a blockchain.

Blockchains are decentralised, public ledgers that record a sequence of transactions using unbreakable encryption. Although blockchains began as a way of recording financial exchanges they can actually be used to record transactions of all kinds - from certifying the exchange of documents to tracking the progress of goods and services through a supply chain. The original blockchain is part of the Bitcoin cryptocurrency and acts as a record of every Bitcoin transaction that has ever taken place, for example.

The power of blockchains come from the fact there is no single master database that can be attacked, altered or hidden away. Instead, in a blockchain-based system, everyone who uses the system keeps a copy of its blockchain and records are updated transparently and (almost) simultaneously, across hundreds, thousands or even millions of computers across the world.

- How Facebook's Libra could change the way you use money

Let's walk through the process:

Their design means that blockchains are resistant to errors and very difficult to corrupt or manipulate. Instead of hacking a single database an attacker would need to gain simultaneous control over more than half of all the copies of a system's blockchain.

The process of verifying transactions and adding them to the blockchain is called 'mining'. Participants who allow their computing power to be used for the complex process of mining are paid transaction fees and occasionally 'win' brand new bitcoins. Mining takes a lot of computing power and is designed to become harder and harder over time until, in the not too distant future, it will become impossible. This limits the total number of bitcoins that can ever been mined to 21million. Of these about 16.8million have been mined so far (at the time of writing).

Cryptocurrencies are built using blockchains to specifically facilitate financial transactions.  There are over 700 currencies available at the moment, with Bitcoin the most popular and best known.

Unlike other currencies such as the Dollar or the Pound, cryptocurrencies do not exist at all in physical form, only in digital form.

They also have no central bank or government governing it.

A victim of its own success

Currently you can buy a variety of items with Bitcoins, including computers from Dell and flights from Expedia.  Although unfortunately it is still perhaps better known as the currency of choice on the Dark Web.  However, this is changing as it gains traction and trust around the globe, with some experts pointing out that in countries where Governments and regulators are not as trusted by the general public, a currency such as Bitcoin can actually be perceived as a more trustworthy alternative.

However, the volatility in the value of cryptocurrencies is currently the one thing which also makes them less trustworthy.

Currencies by their very nature need to be stable.  Wild swings in value do not make it easy to use currencies in transactions.  After all, if one bitcoin is worth $1000 in the morning, but has risen to $20,000 by the afternoon, it is very difficult to use it as a reliable pricing currency.

In the longer term, if cryptocurrencies are going to really catch on, and potentially replace traditional currencies, as experts are predicting, their values will need to stabilise.

Google the term 'Should I buy cryptocurrency?' and you'll immediately see a huge variation in opinions.

There is advice predicting its eventual downfall, and a lot of talk about the 'Emperor's New Clothes' phenomenon.

But there is also advice pointing out that some investors so far have made hundreds, if not thousands per cent returns on their initial investments.  This is difficult to ignore.

Investors need to think about the tax implications of investing and how returns would be included as part of taxable income, particularly since HMRC appears to be planning a crackdown.  Certainly at present there isn't much information about whether it can form part of your Personal Savings Allowance, and, unlike Crowdstacker investments which can be included in an ISA, cryptocurrencies are not eligible to be part of your ISA.

As with all matters relating to personal finance, Crowdstacker urges anyone interested in investing in cryptocurrencies to seek out as much information as possible first.  Crowdstacker does not deal with cryptocurrencies yet but we will try to keep you updated with this, and any other interesting fintech developments. So watch this space!