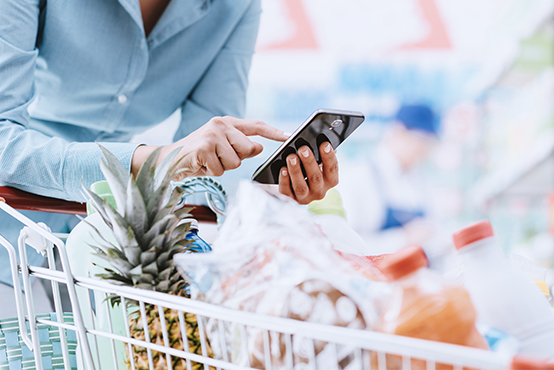 Klarna. Clearpay. Laybuy.  Cool tech payment brands seem to be popping up all over the place when you get to the checkout whilst shopping online.  But what are they? And should you be using them?

Put simply these new payment services enable you to spread the cost of your shopping across a number of weeks, with the possibility of doing so without incurring any interest charges.

So, for example, if you go to M&S online and put a number of items in your basket which total £500, when you get to the checkout you will be asked if you want to spread the cost using Clearpay.

Clearpay splits the cost into four equal payments payable every fortnight, and no interest is added.  It defines individual spending limits based on what it learns about your financial habits, and is aimed at people who don’t like traditional credit but do want the flexibility of buying now and paying later.

Laybuy works in a similar way and Klarna works by letting you choose between buying now and paying in full within 30 days, splitting the cost into three equal instalments, or spreading the cost over a defined time period whilst paying interest.

This type of deferred payment is growing in popularity in many countries around the world, and there are other brands popping up all the time.

In essentials the ‘Buy Now Pay Later’ idea is not a new one.  But the majority of us currently engage with these services in the form of credit and this often comes with fees and interest payments attached.

One of the strongest selling points of these new payment apps is that they allow you to spread the cost without necessarily incurring interest charges.

Many providers also emphasise the benefits of encouraging better behaviour by getting the consumer to agree to pay in full by a certain date, rather than racking up credit and then simply paying down the minimum each month and effectively servicing what’s known as ‘revolving’ credit for months or even years.

Just because you can, doesn’t mean you should

Whilst the convenience of these payment apps is clear it would be remiss to not sound a note of caution.  And as always this lies in the lessons that can be learnt from the past.

Essentially these Buy Now Pay Later apps, for all their talk of being a new form of debit, are still offering a form of credit.

This is fine if consumers pay in full within the specified time and therefore incur no interest charges, but this is, in effect, exactly the same as putting the cost of a purchase on a credit card and paying in full before the end of the month.  Unfortunately they also offer the possibility of not paying in full and slipping into the realms of paying high interest charges on borrowing.

So are they, in fact, just another way of indulging our growing love of consumer credit?

On the eve of the Global Financial Crisis, US aggregate household debt as share of disposable income (post tax of course) was hovering around a rather alarming 120%.  This was one and half times higher than it had been at the start of the decade, and, for many Americans, twice as high as it had been for their parents’ generation thirty years before.

Given there were a number of social and economic issues going on at the time it would perhaps be too simplistic to only blame over-borrowing on mortgages alone for the massive economic blow-up of 2008, but it certainly played a major part.

And the ramifications when it all went wrong were catastrophic. Nearly 10 million Americans lost their homes, and the effects on house prices are still being felt a decade later.

Is the moral of this story  ‘just because you can, doesn’t mean you should’?

Temptations to increase credit or rack up debt seem to be everywhere, and resisting the urge can be difficult.  But with uncertainty over the extent of the economic fall-out caused by COVID-19, now might not be the time to be taking on debt unless it is absolutely necessary.

Perhaps other measures designed to generate cash or extra income, so you can afford what you want before purchasing, could be a wiser choice than spending first paying later.